The APPG has made significant progress through a turbulent political period. The announcement of the creation of the BBRS in the Budget in 2018 was a watershed moment and the culmination of 6 years of work of the APPG.

Whilst this will provide restitution and closure for a great many constituents, there are still outstanding areas of work that must be addressed and carried over from our previous workstreams.

The sale of loan books to unregulated entities, or vulture funds, is a concern for the Group and continues to cause significant detriment to constituents. Following the financial crisis, the banks engaged in activity to deleverage their balance sheets and withdraw from the markets they had aggressively expanded into prior to the crisis. Almost overnight, those who had taken out normal mortgages and loans on normal terms were classified as high risk, even when the customers were not in arrears.
These so-called ‘high risks’ assets were then transferred to a ‘bad bank’, either operating internally or externally through a state-owned institution, such as NRAM. Tranches of the debt were subsequently sold on to other banks and ‘vulture funds’. These ‘vulture funds’, such as Cerberus Capital Management, Apollo Global Management, Oaktree Capital Management, The Blackstone Group and others, are private equity firms that specialise in investing in ‘distressed’ assets and debt for a return. They are often unregulated and do not have a history of lending. At the same time, the EU also ushered in stricter lending criteria through the European Credit Directive.

In the retail lending market, this created ‘mortgage prisoners’: individuals who are unable to refinance their borrowings and obtain a more affordable mortgage deal and are therefore forced to pay the lender’s Standard Variable Rate, which is more than the market rate.

Other borrowers, who had borrowed from a now defunct lender such as Northern Rock and Bradford and Bingley, found that their mortgage had been sold off to unregulated private equity firms that didn’t offer mortgages and so couldn’t provide more affordable deals. These borrowers were also trapped paying the SVR.

As a consequence, these borrowers were, and still are, paying thousands of pounds more due to the ever-increasing gap between the SVR and the more competitive market rate. Many of these customers are paying close to 6% APR rather than more competitive rates of say 2% currently available on the open market.

In the commercial lending market, in which lending above £25,000 is unregulated, the sale of debt to ‘vulture funds’ has put business owners in the vulnerable position whereby their unregulated borrowing is held by a un unregulated ‘vulture fund’. Consequently, business owners are at risk of forced Independent Business Reviews (“IBRs”), having overdrafts withdrawn and loans called in despite maintaining payments, the imposition of consultants and ultimately financial distress. Evidence presented to the APPG shows that vulture funds are aggressive and focused solely on ensuring they get the highest return for their capital in the shortest amount of time, no matter the consumer detriment it may cause. Cerberus often demand full repayment of the loan at short notice, and are known for aggressively pursuing facilities even when they are not in arrears. 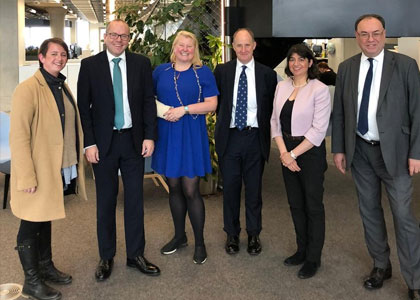 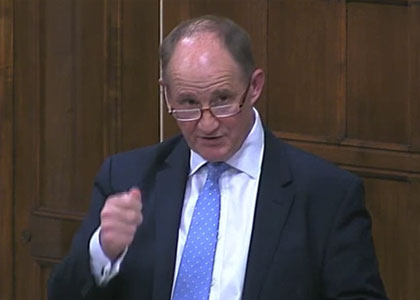 The restructuring of the corporate insolvency framework continues to be a focus for the Group. In 2016, the government produced a consultation with a series of excellent reforms that the Group supports. Insolvency is sometimes inevitable but on occasion it can be brought about by poor behaviour on the part of the main lender. There is currently no mechanism in insolvency law to deal with this situation, leaving businesses at risk of asset stripping and the insolvency system open to misuse.
Obtuse contracts, onerous covenants, the lack of good faith in contractual relationships, unregulated LPA Receivers in England and Wales, and the lack of any judicial oversight of the insolvency process mean that, should a lender wish to exit a particular market or cease a particular relationship, there are no real barriers for it and no adverse consequences should it act unfairly during that process.

Furthermore, the positive language of ‘cleaning up the balance sheets’ is masking the destructive practice of selling off swathes of commercial loans to unregulated, offshore ‘vulture’ funds whose primary focus is asset stripping. Insolvency law as it stands allows this practice to happen, and our private business owners, employees and creditors (including our councils and HMRC) pick up the bill for this practice. The law as it stands makes the UK an attractive place for ‘vulture’ funds to choose to do business which will ultimately affect the competitiveness of the UK economy.

The Group was a key driver in the creation of the Business Banking Resolution Service (the BBRS), which was announced in the Autumn 2018 budget. We have spent the last year working with all stakeholders including the seven participating banks, the FSB, the IOD, the CBI, the FCA and Treasury on creating the service. The pilot is starting in January 2020 and upon completion of the pilot the service will launch as a fully independent dispute resolution service which will hear unresolved cases from 2001.

As the APPG gains yet more traction, it is imperative that we are able to raise sponsorship to build on our already substantial progress. To that end, we are inviting donations to support our work. Please find below a link for donations, which can be ‘one off’ or on a monthly basis.

We recommend a minimum donation of £250 per annum. Any donations will be recorded publicly in our register of interests.